KKK Stone Mountain GA at a rally near Alanta in 1971. James R. Venable, (4th from left) Dekalb County GA lawyer, on whose farm the rally was held. 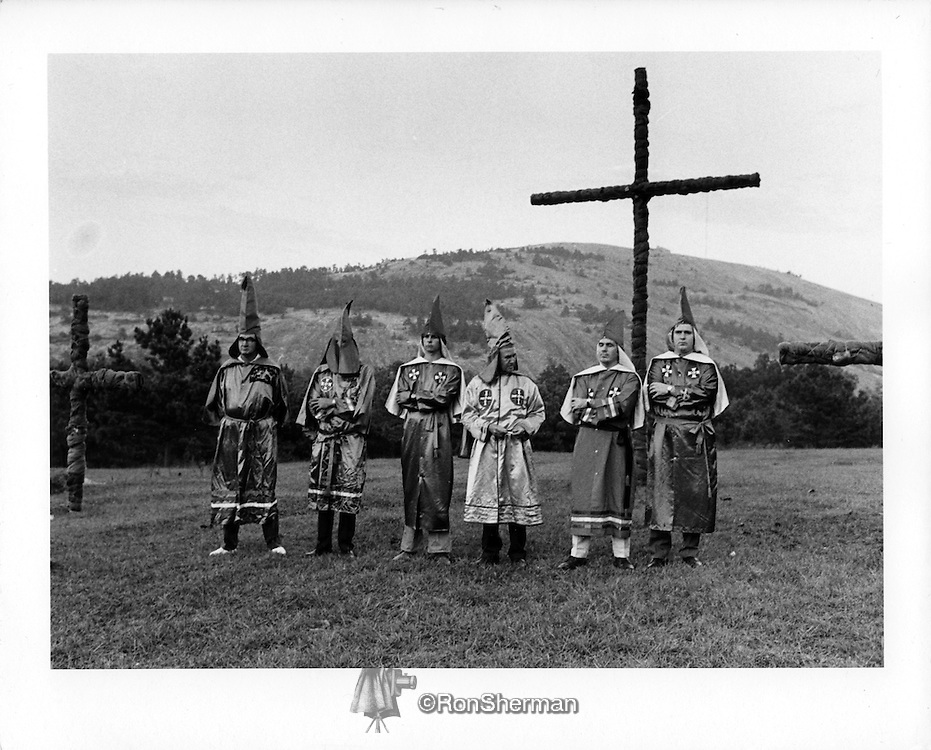