Atlanta was selected on September 18, 1990, in Tokyo, Japan, over Athens, Belgrade, Manchester, Melbourne, and Toronto at the 96th IOC Session. Atlanta's bid to host the Summer Games that began in 1987 was considered a long-shot, since the U.S. had hosted the Summer Olympics just 12 years earlier in Los Angeles.

The 1996 Summer Olympics, known officially as the Games of the XXVI Olympiad and unofficially as the Centennial Olympics, was a major international multi-sport event that took place in Atlanta, Georgia, United States, from July 19 to August 4, 1996. A record 197 nations, all current IOC member nations, took part in the Games, comprising 10,318 athletes. 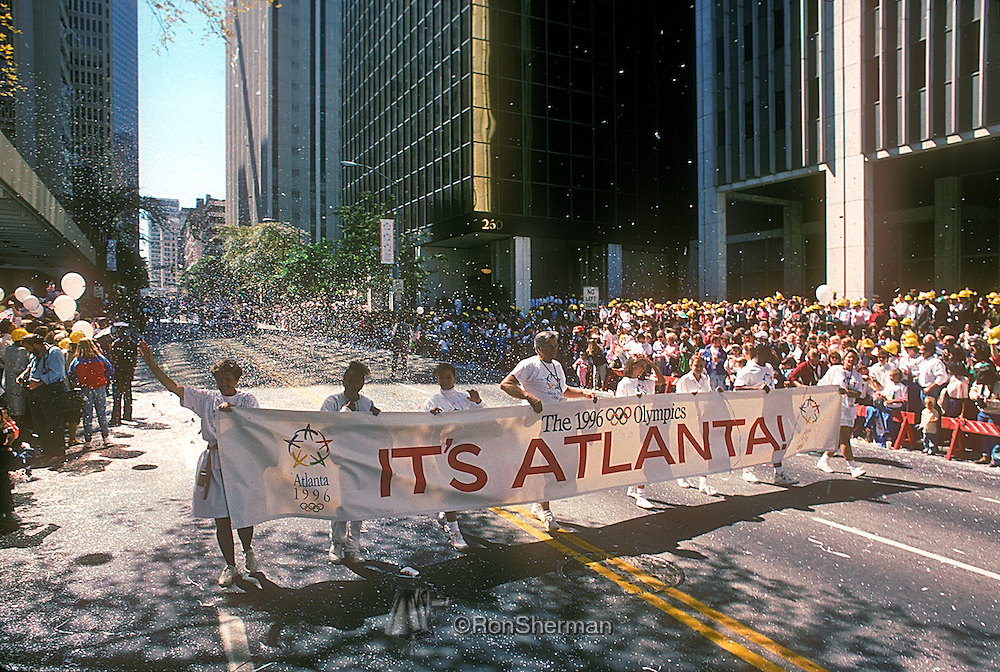