KKK Stone Mountain GA at a rally near Alanta in 1971. Jack Crites, alleged preacher from Ohio, asking the people to "destroy these buses that are around us." 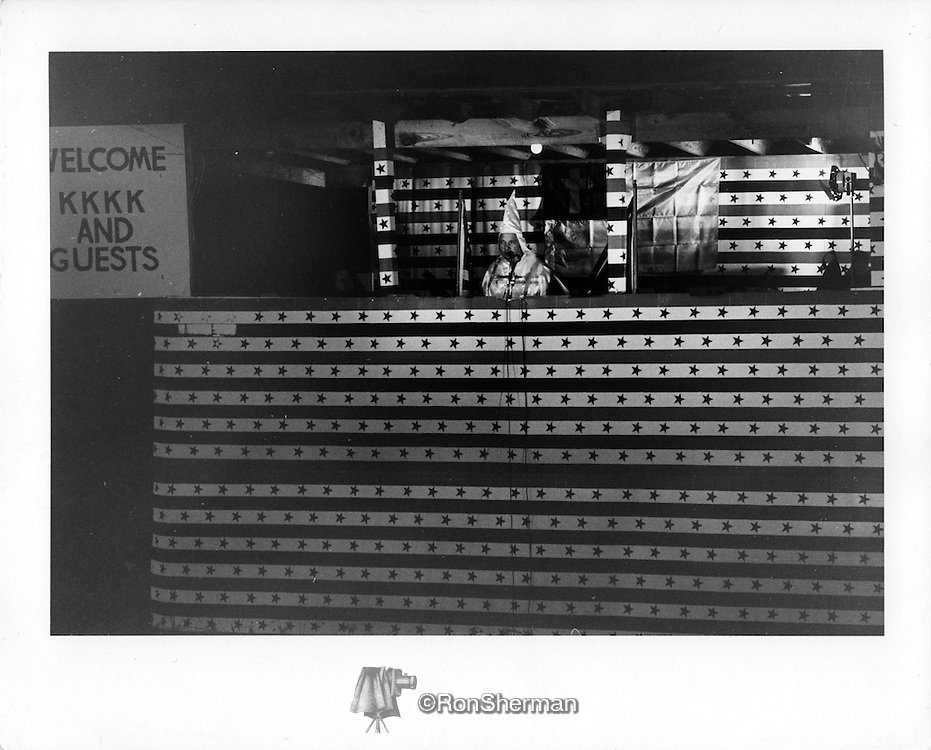