On September 2, 1965, United States Air Force Colonel J. Quincy Collins, ’53, was on a mission to destroy a bridge 80 miles southwest of Hanoi when he was shot down. Collins ejected but suffered head and back injuries, along with a severe leg injury, which left his femur broken in three places.

He was captured and, after having his leg operated on, was sent to the "Hanoi Hilton," where he stayed several weeks. He was then transferred to "The Zoo," where he spent the next five years of his captivity. There he endured torture, despicable food and little medical treatment.

The prisoners there were held in solitary confinement and learned to communicate through tapping on the walls. In 1969, Collins was transferred to the "Camp Faith" prison for a short time before being sent back to the "Hanoi Hilton," where he stayed until he was released February 12, 1973.

Collins (R) was catching up with current fashions in an Atlanta department store in March 1973. 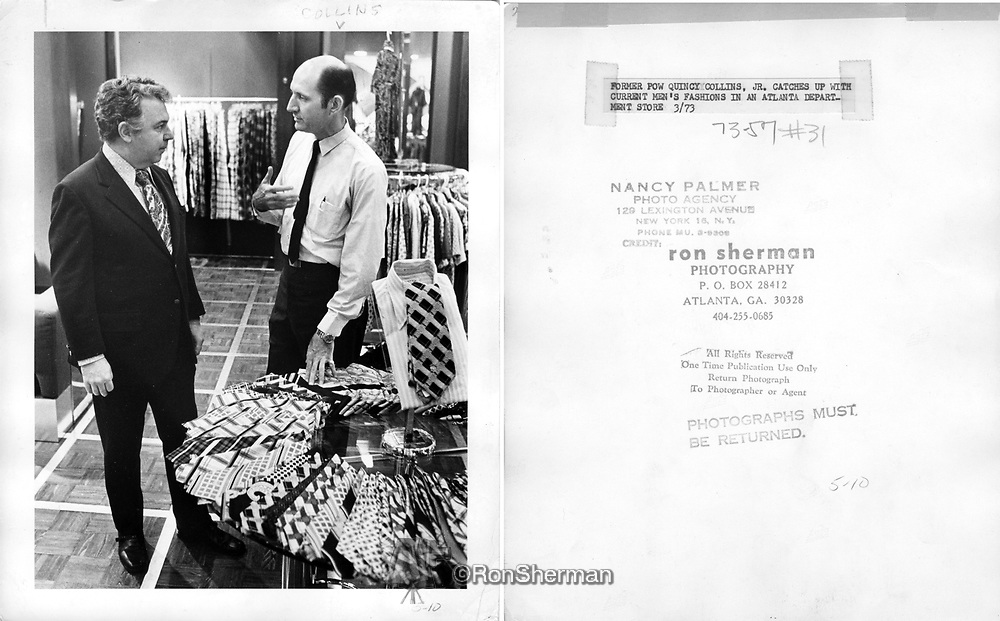